A 15 hectare public park, right in the centre of Newcastle, dating from the 1880s and associated with, and named after two major exhibitions, the Royal Jubilee Exhibition of 1887 and the 1929 North East Coast Exhibition.

Get 2 points if you have visited this place. Already visted by 24 VIPs.

Exhibition Park is Newcastle upon Tyne's city centre park. The park covers some 15 hectares and is situated adjacent to Newcastle's civic quarter, including the University and Royal Victoria Infirmary, and to the Town Moor, the city's largest open space.

The park dates from the 1880s and is associated with, and named after two major exhibitions, the Royal Jubilee Exhibition of 1887 and the 1929 North East Coast Exhibition. The legacy of major events continues in the park to this day with the annual Mela and numerous sporting and musical events.

The park was initially developed on land which was part of Newcastle Town Moor and known as the Bull Park. The land was appropriated from the Newcastle Freemen during the 1880s in preparation for the Mining Engineering and Industrial Exhibition, which was held in the Royal Jubilee Year 1887.

In 1886 the Mayor of Newcastle requested that the Bull Park should be used as the location for an exhibition to celebrate Queen Victoria's jubilee. The idea for the exhibition originated from the North England Institute of Mining and Mechanical Engineers and was delayed a year to coincide with the jubilee. The Royal Jubilee Exhibition was held in 1887 and there were so many exhibits that the site was extended onto the moor.

The second North East Coast Exhibition was proposed in 1925, the first one having been held in Tynemouth in 1882. The intention of the exhibition was to show the world what the north east was capable of producing. The organisers wanted to encourage established clients and to find new ones.

The ethos of the exhibition was “To endeavour to bring new industries to provide work for our large population of unemployed”. The Lord Mayor of Newcastle upon Tyne, Arthur Lambert, was elected Chairman of the North East Coast Exhibition Committee in 1927. The funding for the exhibition was raised through guarantees from local authorities, businesses and individual sponsors.

The numerous exhibits required a vast complex of buildings. Apart from The Empire Marketing Board Pavilion all the buildings were designed by W & TR Milburn Architects of Sunderland and formed from compressed asbestos. The exhibition was housed in a large number of buildings which were designed for each category of exhibits. There were also gardens, an amusement park and boating lake.

The site was divided by a main axis along an avenue which led past an Illuminated Fountain to an Amusements Park with a Scenic Mountain Railway, Glacier Glide, The Alligator, Giant Racer and The Witching Waves, which were adjacent to the lake after it was extended.

The parterre from the 1887 exhibition lay to the south of the avenue adjacent to the Exhibition Club and tennis courts. North of the main avenue, terraces led to the majority of the exhibits which were housed in the Palace of Engineering, Palace of Industries and Palace of Arts. The Festival Hall provided a venue for concerts, a Stadium for sports and there were restaurants and gardens.

In common with the 1887 exhibition there was a reconstructed coal mine with a 500ft adit, 600 yards of galleries with a display of men hewing coal, underground locos, ventilation fans and pit ponies. Unbelievable today, the exhibition also included an African Village with mud huts, which was occupied by over a hundred people from Senegal and tribes of Fullahs from the same area.

Gateshead and Sunderland Councils had pavilions outside and there were police, ambulance and fire stations, 2 restaurants which seated 500 and 2 smaller restaurants seating 120 each. There was also a small Christian Science chapel.  48,260 cars passed through the car park during the exhibition.

Over 400 exhibitors participated and 4.3 million visitors attended, making it the largest event ever held in Newcastle upon Tyne.

The majority of the buildings were demolished in 1930, although the bandstand from the 1887 exhibition has survived in its original location as has the Palace of the Arts (now the Wylam Brewery). The boating lake also remains, although a bridge which was built for the exhibition was removed during the 1960s.

The park has been recently renovated using a Heritage Lottery Fund grant and continues to provide valuable green space in Newcastle over 130 years later.

Where Is Exhibition Park

There is parking nearby at Claremont Road car park. 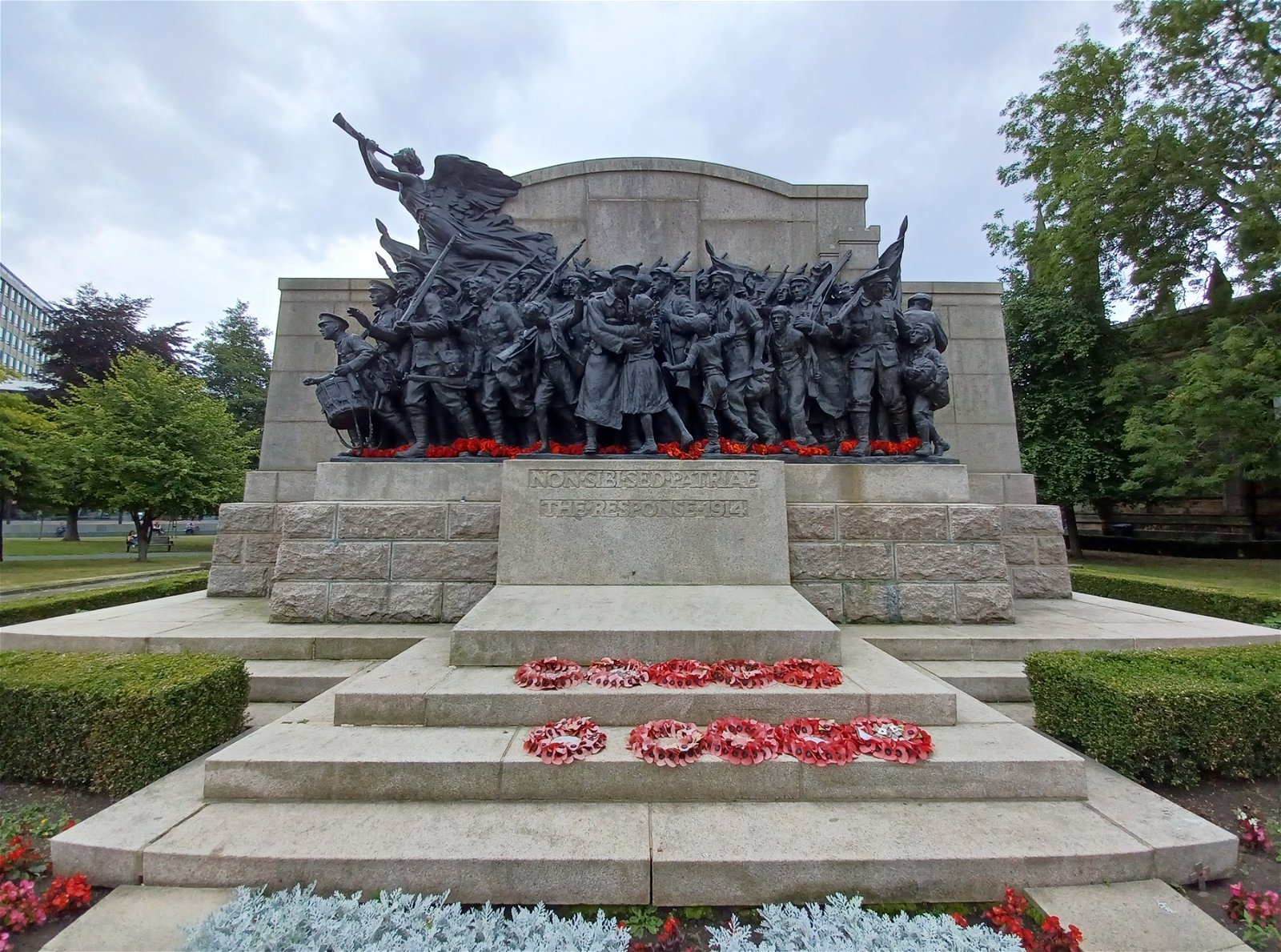 A war memorial to the Northumberland Fusiliers sited on the grounds of St Thomas the Martyr Church at Barras Bridge, depicting the spirit and patriotic confidence that swept the nation at the outset of war in 1914. The Lit and Phil

An independent Library, the largest outside of London, in the centre of Newcastle established in 1793, opened in 1825 and home of Newcastle Literary and Philosophical Society. 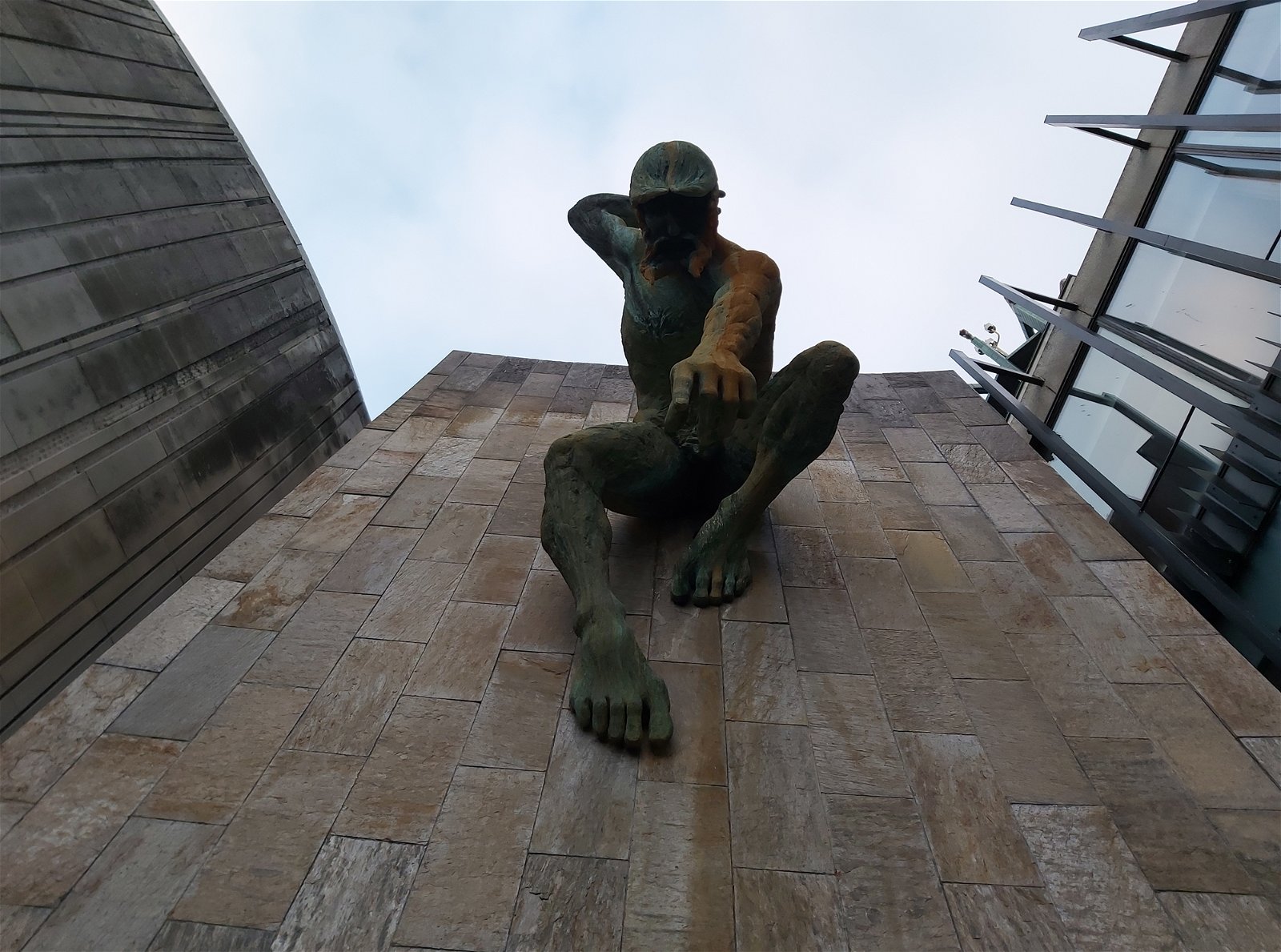 A bronze sculpture of the River God Tyne found on the side of the Civic Centre building. 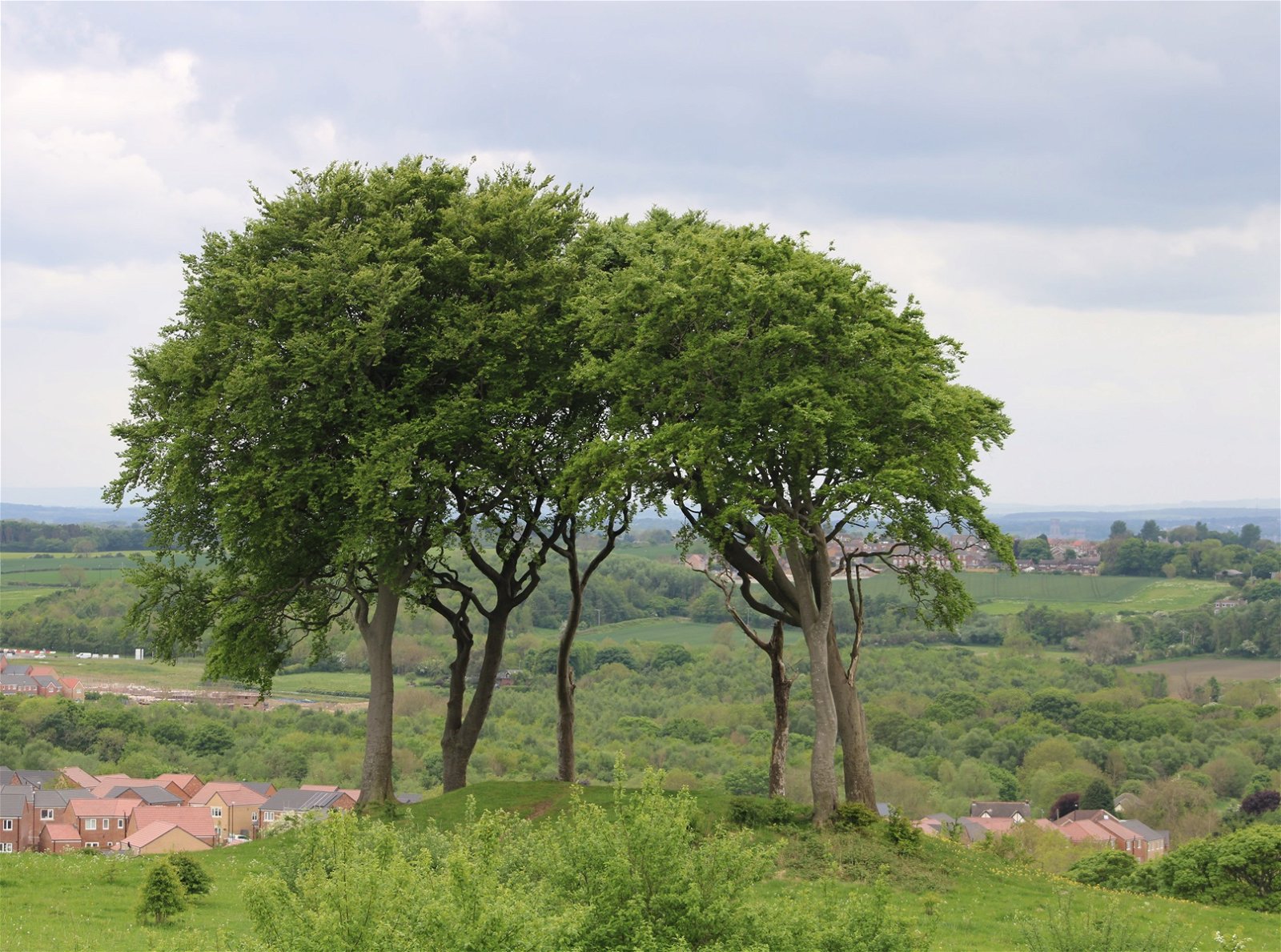 Mound marked by Beech trees, dating back to the Mesolithic period. 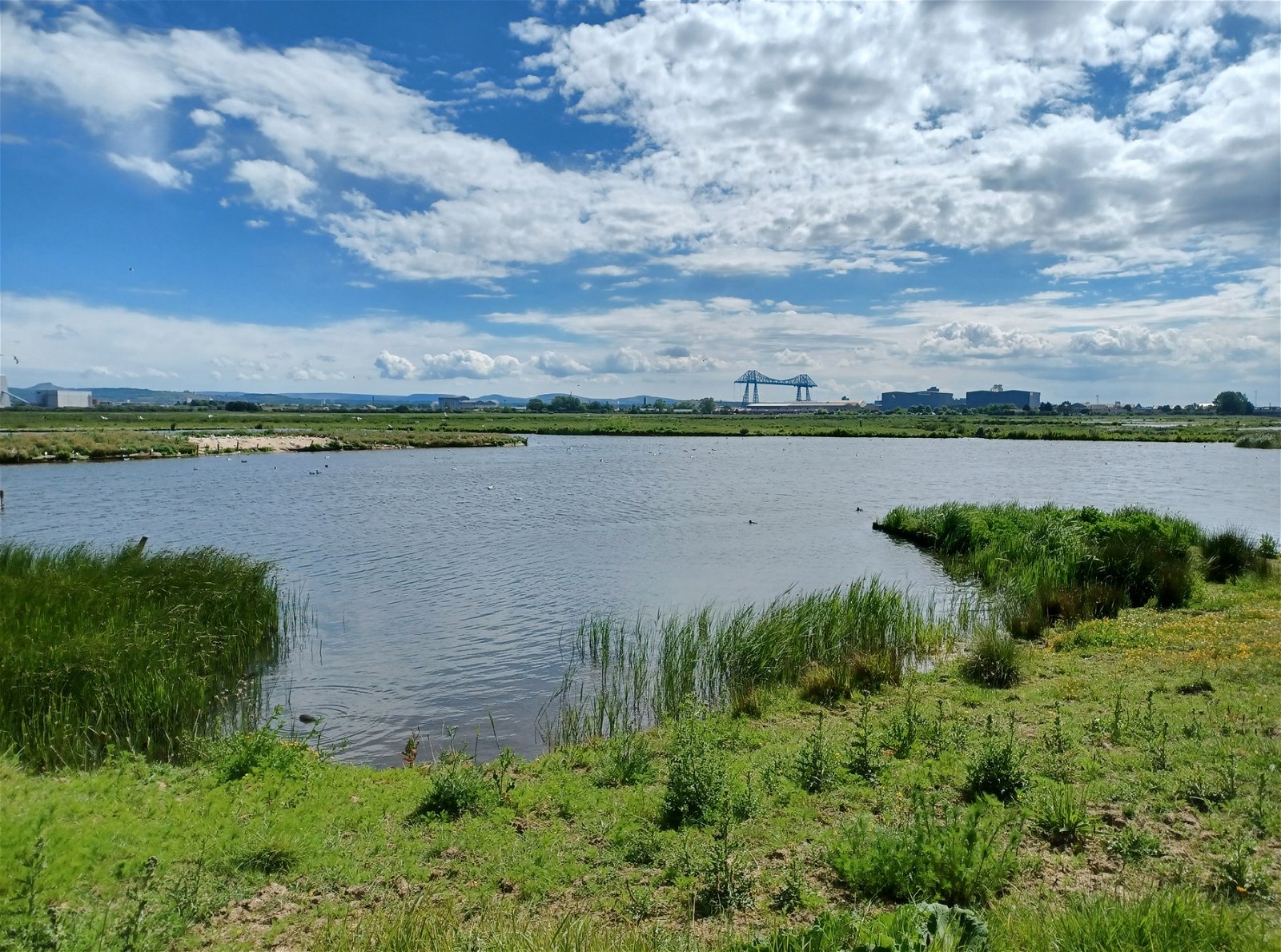 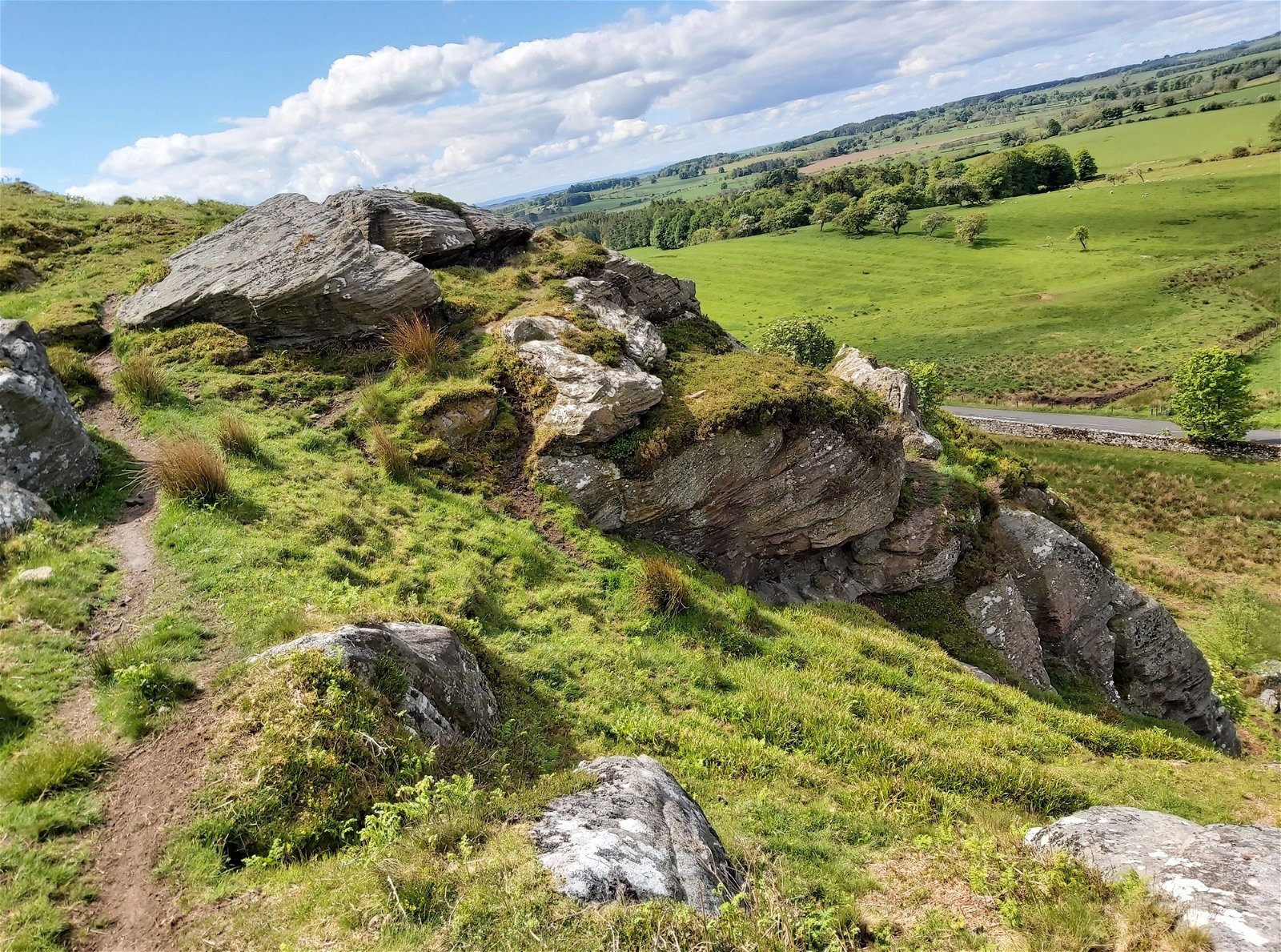 Spectacular crags in beautiful countryside, with a castle on top!