Fountains and water troughs throughout Alnwick that were once used to provide clean water.

I know a lot of you will be reading that headline thinking - why on earth is the Fabulous North talking about trousers in Alnwick! But the pants in this case are public water fountains that were used a while back to get your clean water.

When I was wandering around taking photographs of the pants I was approached by a lovely local lady who asked if I knew what these were for. As I hadn't done my research yet, she kindly divulged the wonderful story of the pants.

To paraphrase, she informed me that during the 18th century, the first Duke of Northumberland had set up home in Alnwick Castle and that the Alnwick population was also growing. As such, lots of water fountains with troughs called pants were installed throughout the town. But during the 19th century, there was a big outbreak of Cholera and the pants were a hot spot, so the Duke (at the time) had to put his hand in his pocket and pipe water direct into people's homes instead.

Some of the pants have been destroyed, moved or replaced, but you can still find plenty of them around, all within walking distance of each other.

Here is a map to show you where they all are and you can easily find them all with a saunter for a few hours. 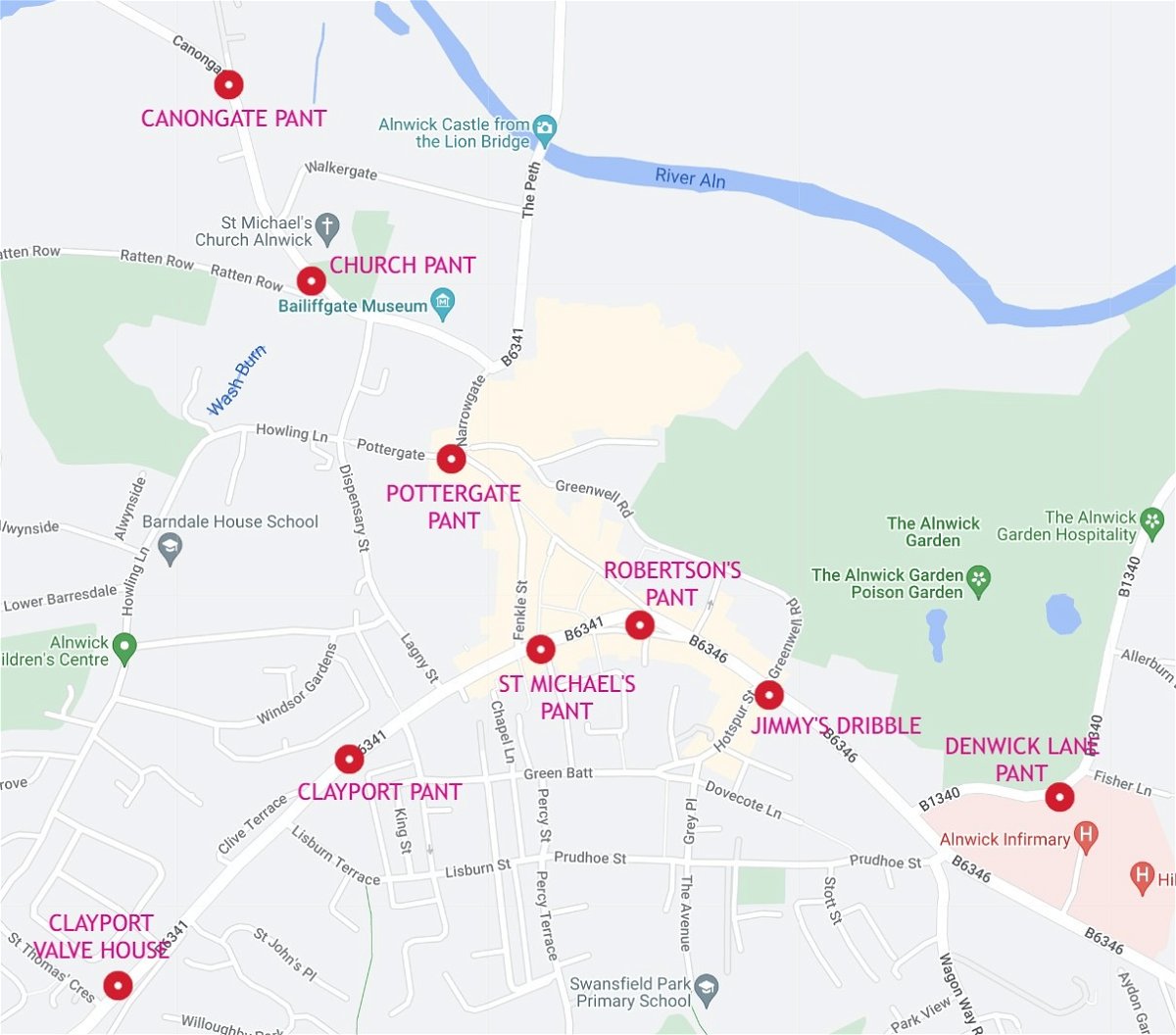 Located halfway towards the west end of the high street this is the second oldest pant, originally being built in 1759 and is also known as the High Pant. The pant is adorned with a statue of St Michael and Dragon, which is the symbol of the town.

Show On Google Maps or ///hammocks.swoop.fuss 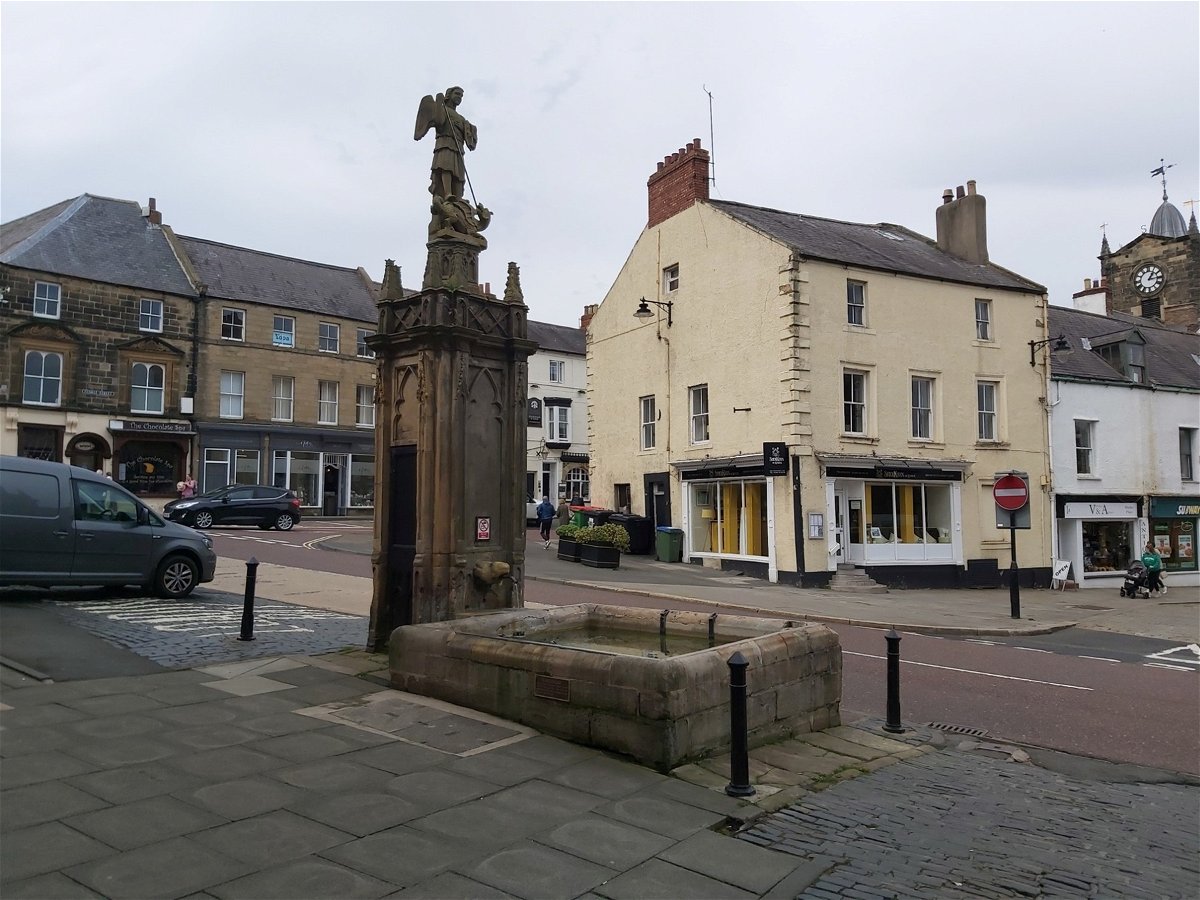 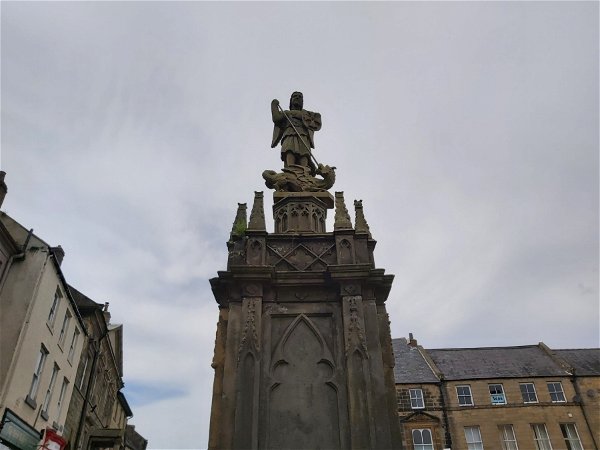 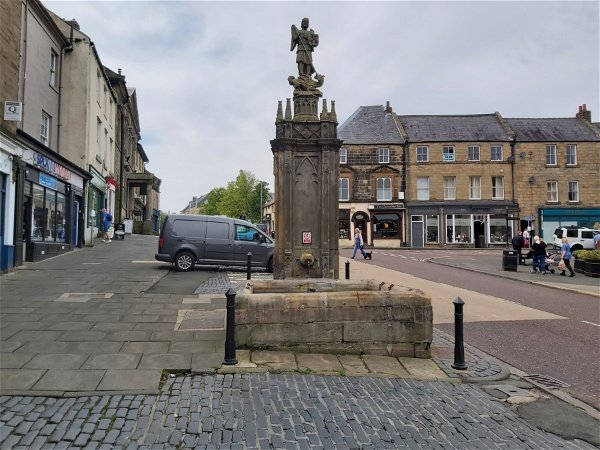 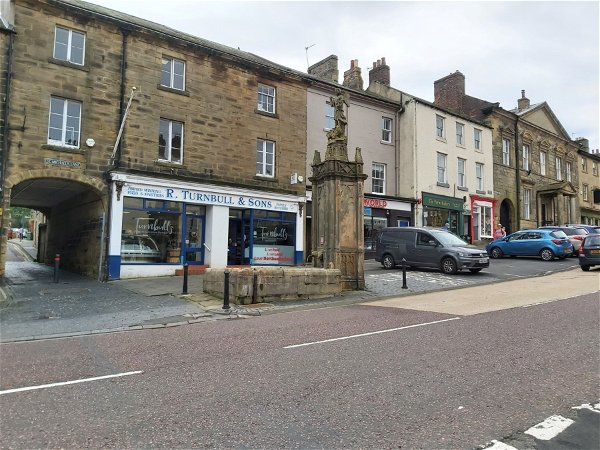 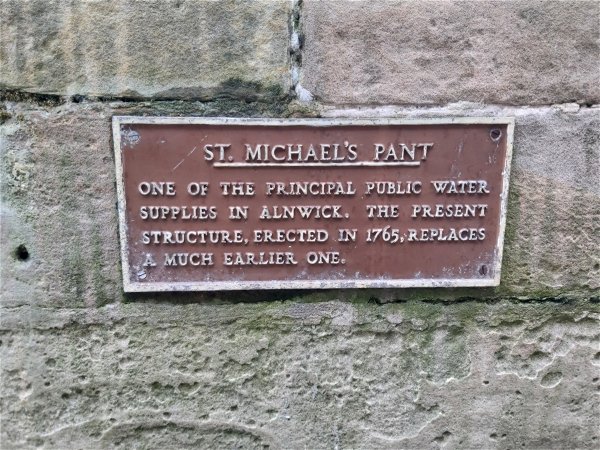 This pant was gifted to Alnwick by Adam Robertson who was a local alderman. In 1891, his wife Nancy laid the foundation stone and it was complete and declared open in June of the same year by Earl Percy. The pant is located halfway along the high street.

Show On Google Maps or ///recliner.fall.dream 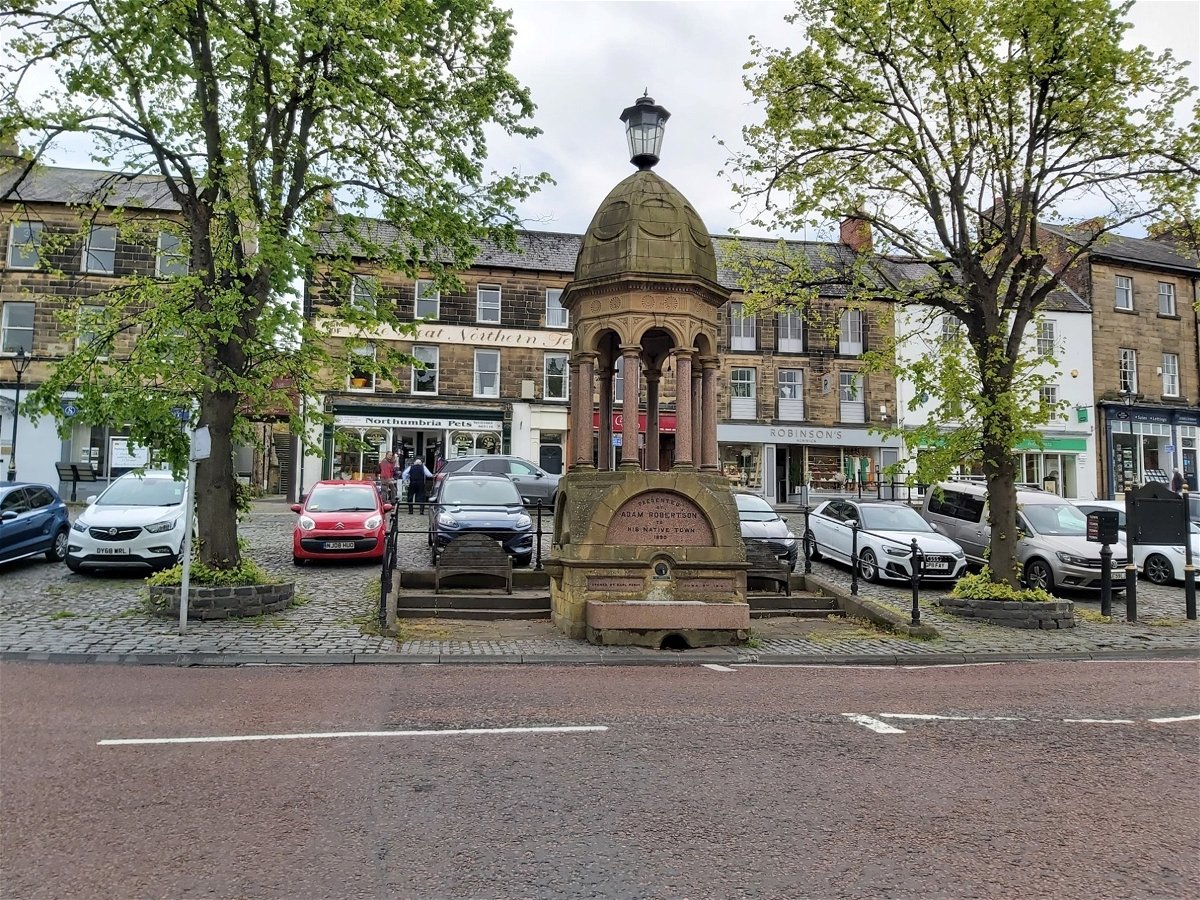 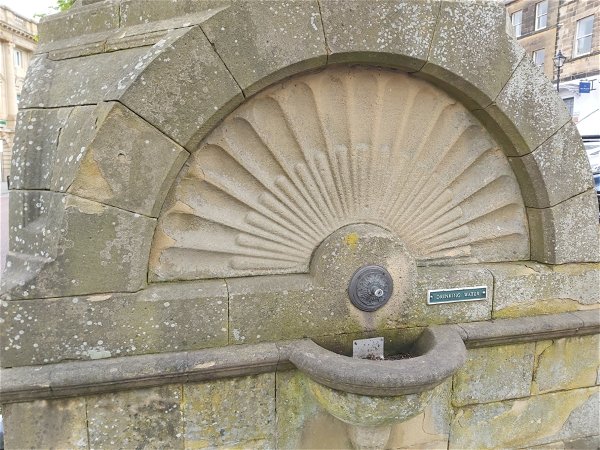 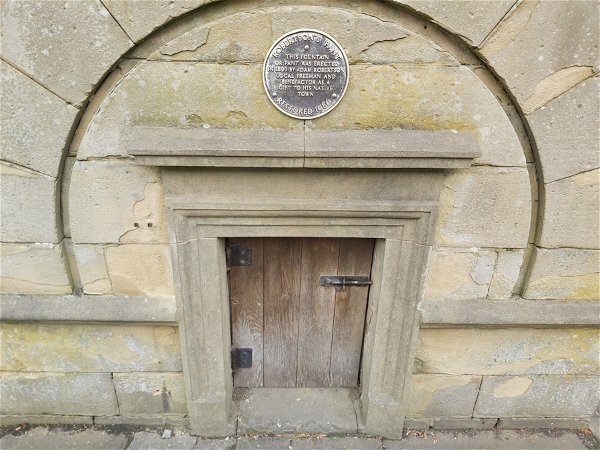 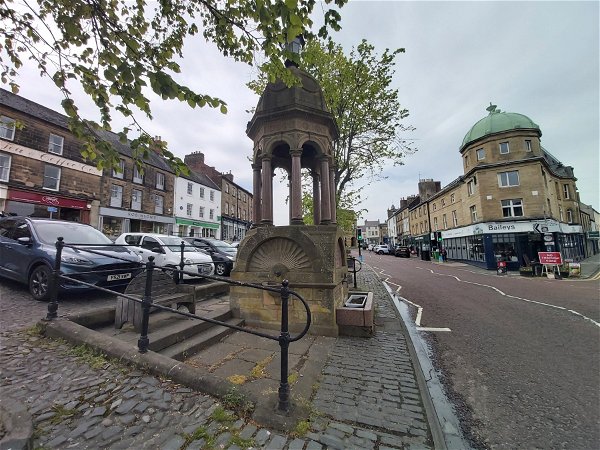 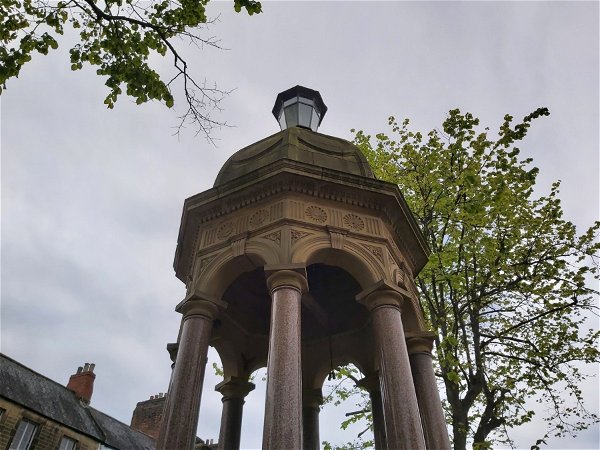 This pant lives at the bottom of Pottergate next to the Harry Hotspur statue and the Dirty Bottles hotel and was built in 1875 replacing a previous pant from 1790. The inscriptions on the pant commemorate William Dickson, who was a local historian, solicitor and founder of the Alnwick and County Bank.

Show On Google Maps or ///micro.tracking.tilt 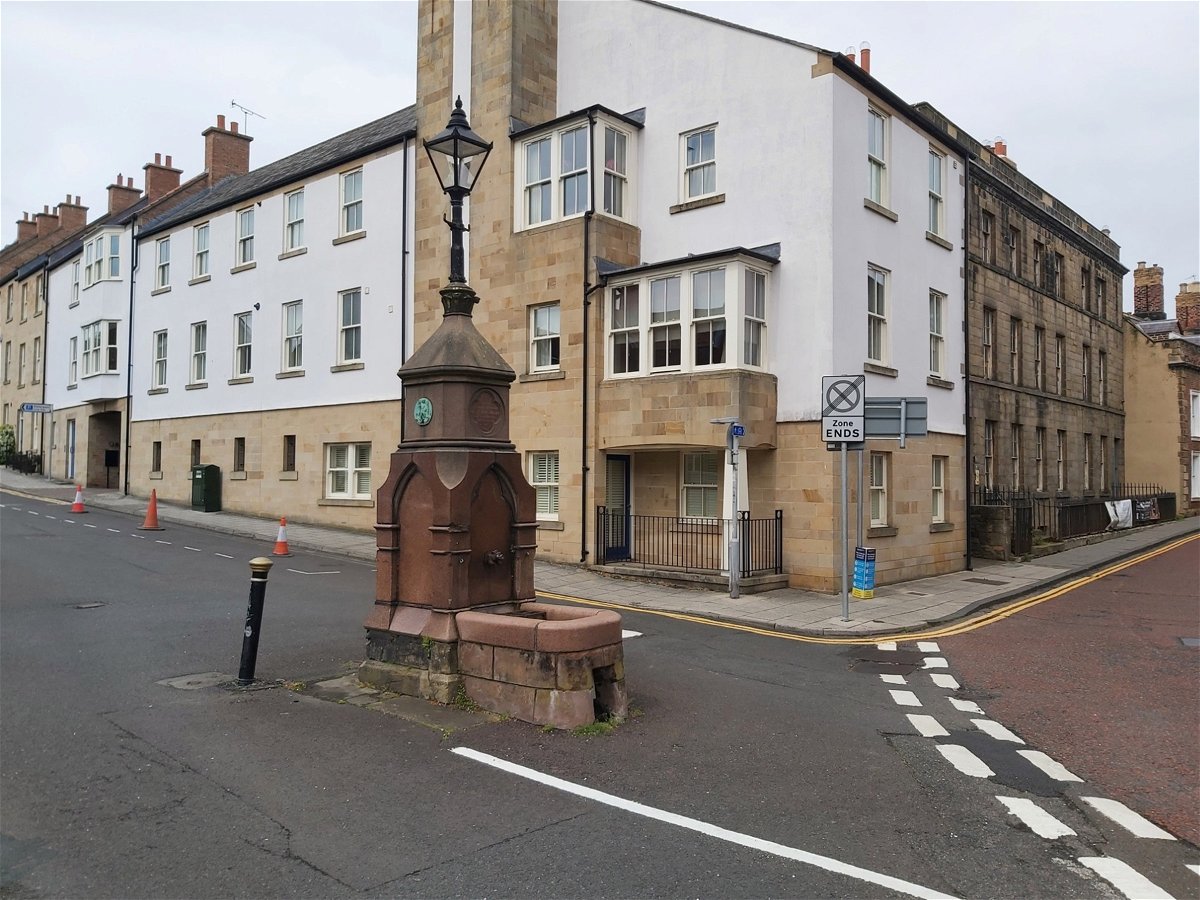 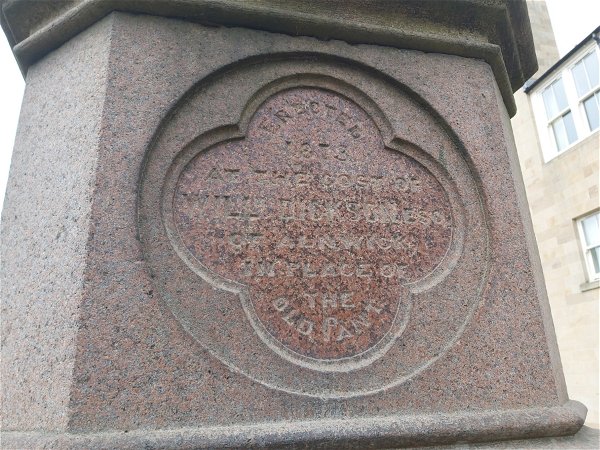 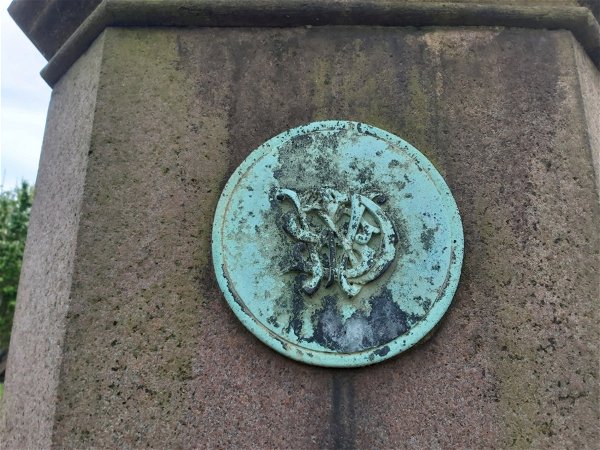 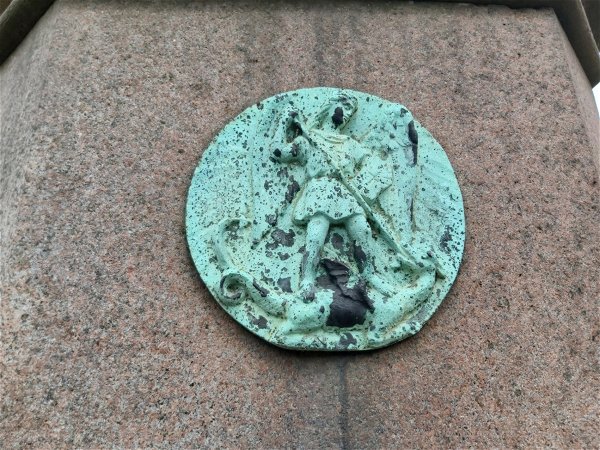 Dated at 1755 this is the oldest pant in Alnwick. Just follow Clayport Street south west until you see it.

Show On Google Maps or ///obliging.danger.newspaper 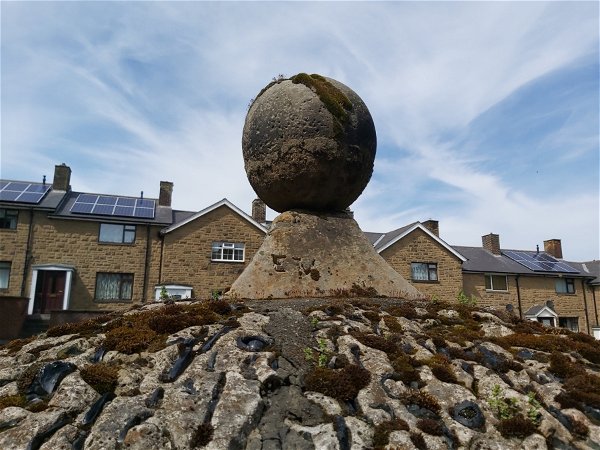 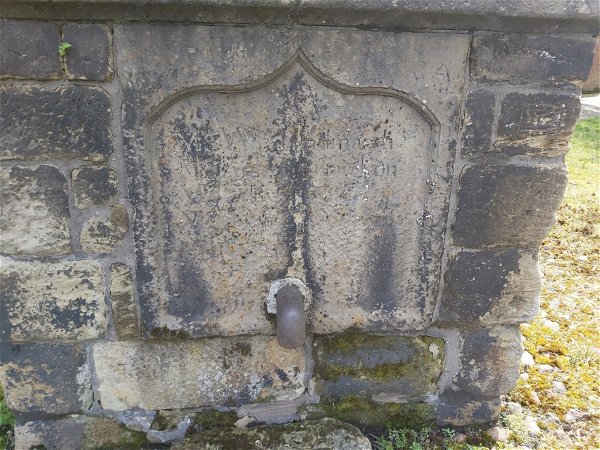 If you continue to follow Clayport Street south west and up the bank then you will find the Valve House. This stone shed contains a control valve used to manage the flow of water and so didn't actually provide water directly to the public.

Show On Google Maps or ///deck.contracting.marsh 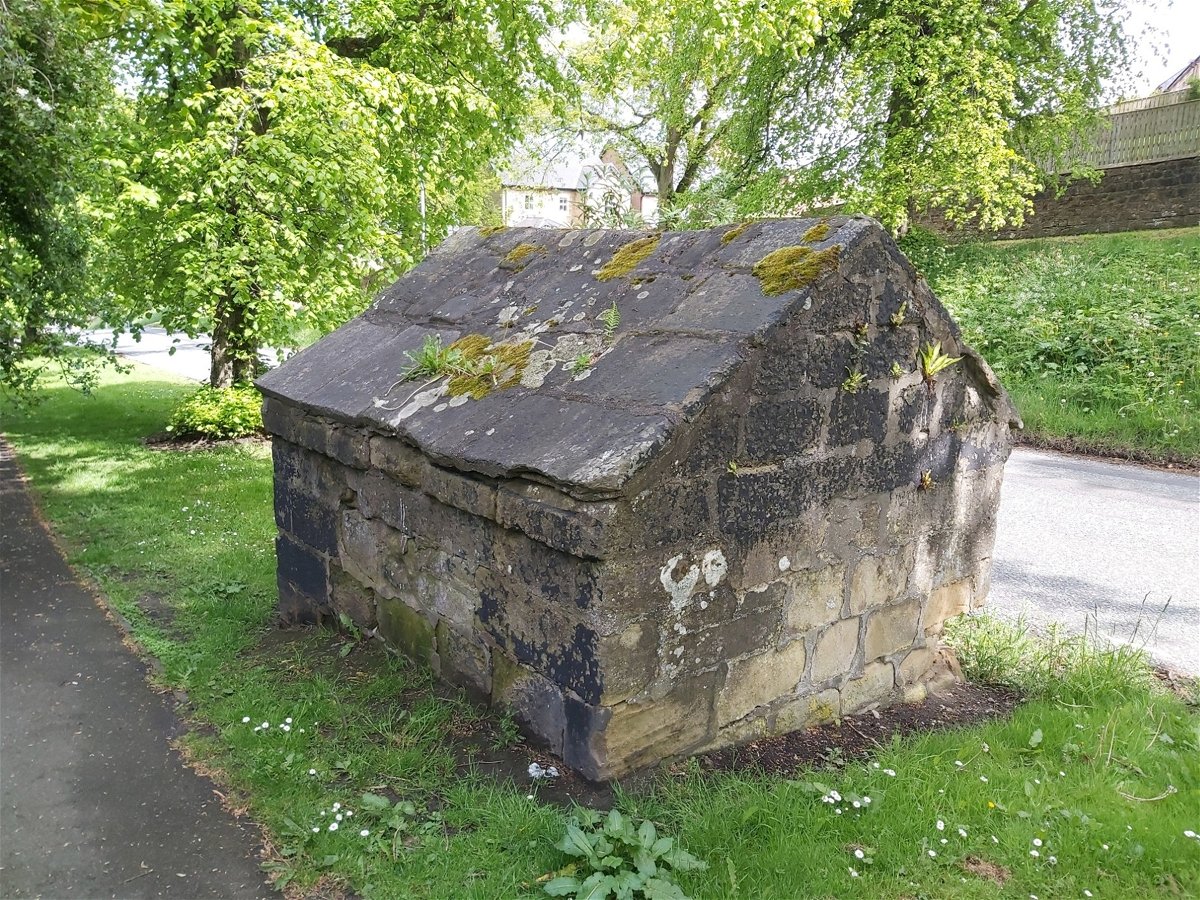 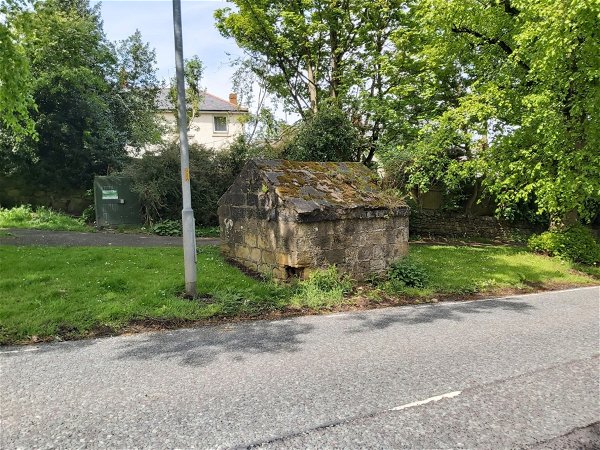 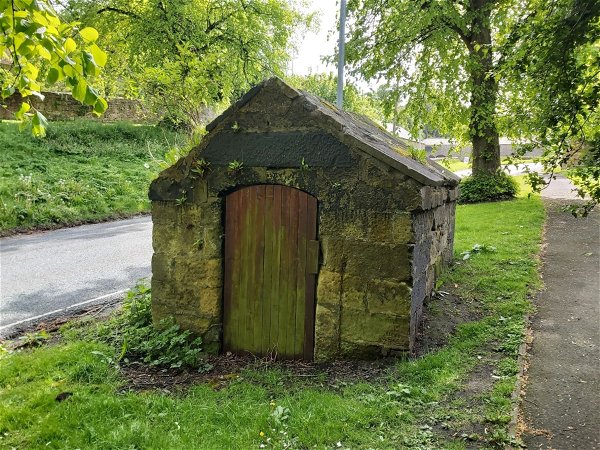 Just east of the Bondgate Tower is the wonderfully named Jimmy's Dribble pant, named as such due to the poor water supply, although it's unknown who Jimmy was. The structure you see today is a reconstruction of an earlier pant, built around 1870 as the original was demolished by a vehicle in 1953, then rebuilt by Alnwick District Council in 1993. The original pant in this location was known as Fleece Pant.

Show On Google Maps or ///lunching.bring.wonderfully

If you continue east towards Barter Books then head left up Denwick Lane at the war memorial, then in 50m you will find the Denwick Lane Pant. Originally located in the Bondgate Without area of Alnwick, following the completion of the Tenantry Column it was moved to its present location. The rear door is missing so you have a peep inside.

Show On Google Maps or ///petty.pythons.financial 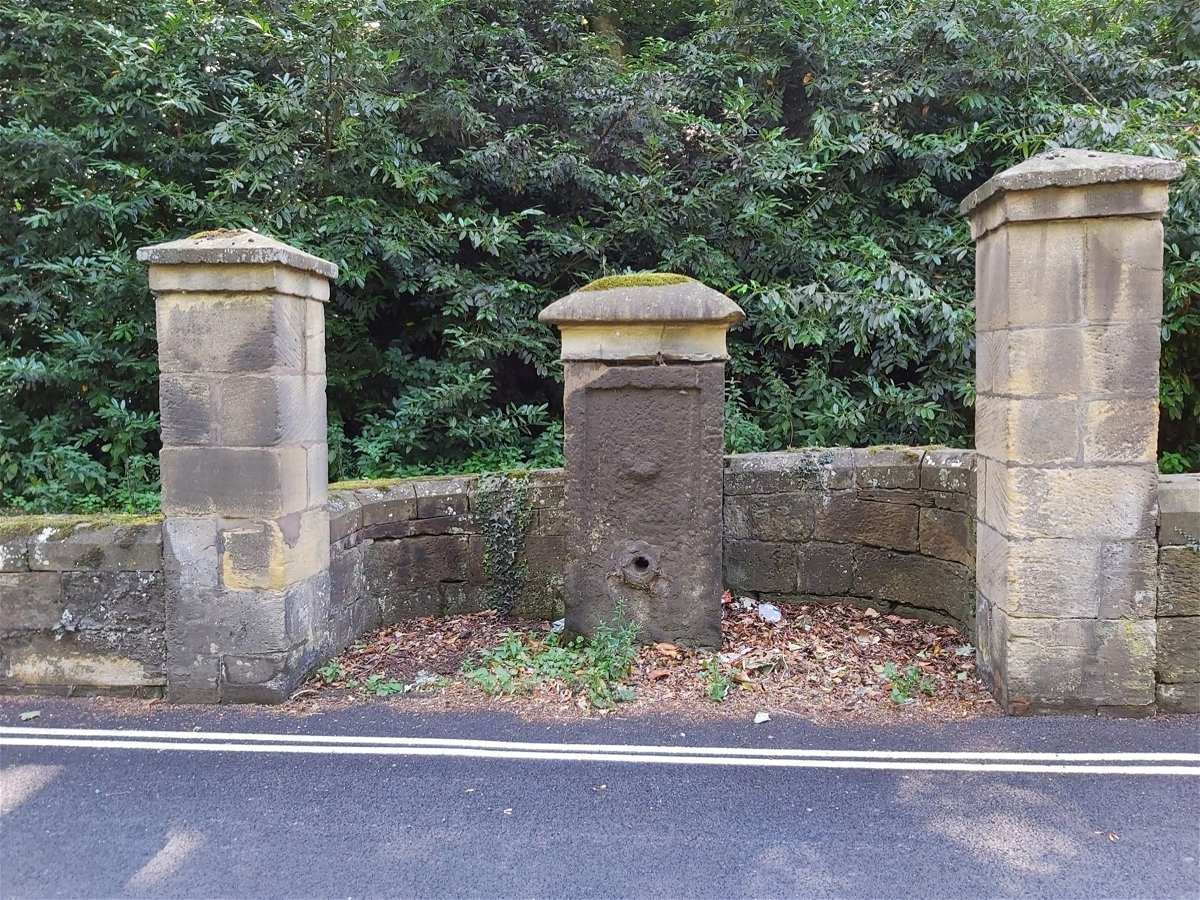 You will find this pant at the junction of Bailiffgate, Canongate and Ratten Row. It has the town crest of St Michael defeating the dragon.

Show On Google Maps or ///flip.hobbyists.stores 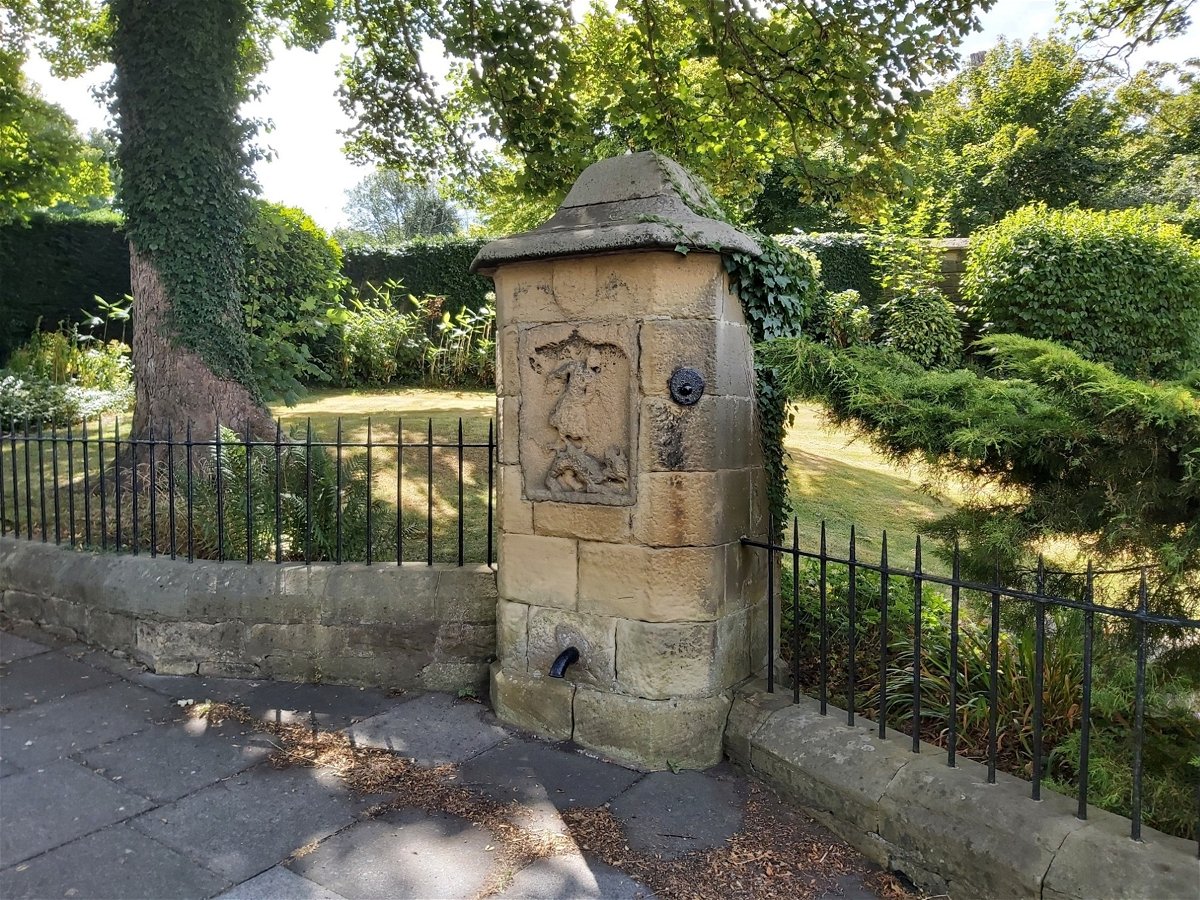 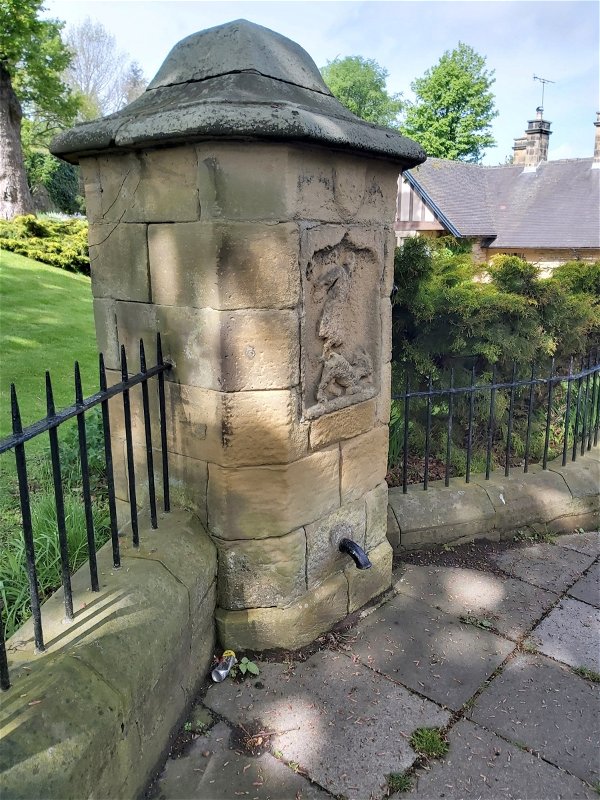 Just further on from the Church pant you will find the Canongate pant, set into the wall just before you get to the bridge. According to old maps, there were apparently two pants here.

Show On Google Maps or ///hardening.buying.rigid 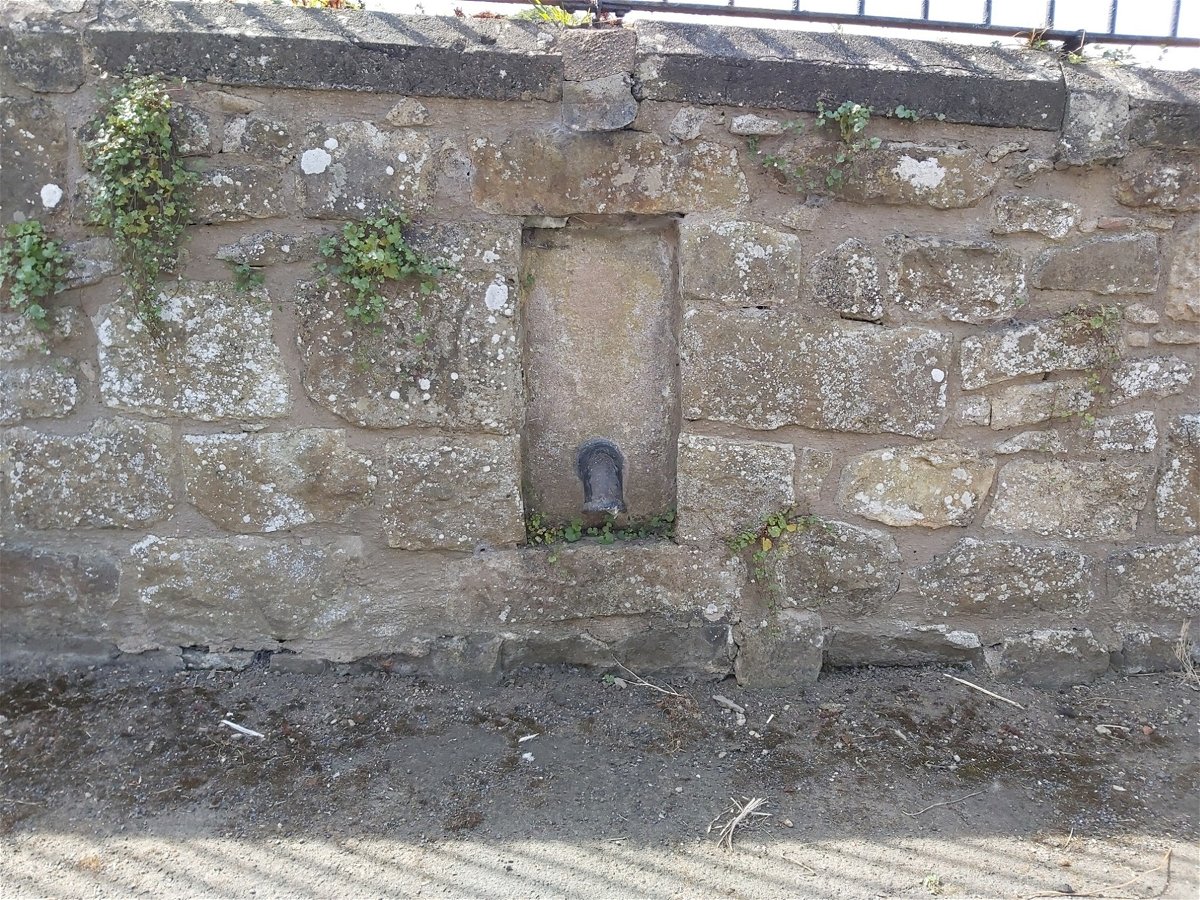 There were two other pants called Tower Pant located on the corner of Tower Lane and Green Batt Pant at the top of St Michael's Lane, but neither exist anymore.

For more history and information on the pants head over to the Pants Of Alnwick ran by the Alnwick Chamber of Trade and Alnwick Civic Society.

Get 2 points if you have visited this place. Already visited by 34 VIPs.

Where Is Alnwick Pants

Loads of parking throughout Alnwick, but probably the easiest is to park your car in the supermarket car park.

Ros Castle is the highest of the Chillingham Hills, with a height of 315m.

A ruin of a folly shaped like a shepherd's hut on the Alnwick moors.

A 14th century ruined castle managed by the English Heritage.

So this fountain wasn't enough and you want more? Don't worry we have you covered.

A 19th century fountain dedicated to Bryan Adamson, a lieutenant of the HMS Wasp that was lost at sea.