Mention the word Bamburgh to any Northumbrian and the two things they will reply with are Bamburgh Castle and Grace Darling. So before we tell you the details of this place we have to regale this fascinating story!

Grace was the daughter of the lighthouse keeper of Longstone Lighthouse on the Farne Islands and her involvement in the rescue of survivors from the shipwrecked Forfarshire brought her national fame. The Forfarshire was a paddlesteamer which ran around on 7 September 1838 on Big Harcar, a nearby low, rocky island.

On that evening Grace spotted the wreck and the survivors, with the ship having broken in half. Grace and her father decided that the weather was too rough for the lifeboat at Seahouses, so they took their own coble (4-man rowing boat) and travelled a longer route keeping to the lee side of the islands. They rowed a nearly a mile (1.5km)  to the survivors. Grace steadied the boat in the water while her father helped four men and the lone surviving woman aboard.

Her father William and three of the rescued men then rowed the boat back to the lighthouse. Grace then remained at the lighthouse while William and three of the rescued crew members rowed back and recovered four more survivors.  Nine other passengers and crew had managed to launch a lifeboat from the stern section, before it sank and were later picked up by a passing boat. The Forfarshire had been carrying 62 people.

As the public heard the news of her role she received unexpected donations for her bravery, including £50 from Queen Victoria. Both Grace and her father William were awarded the Silver Medal for Bravery by the now named RNLI.

Grace died of tuberculosis in 1842 only aged 26 and is buried in St Aidan's churchyard in Bamburgh. 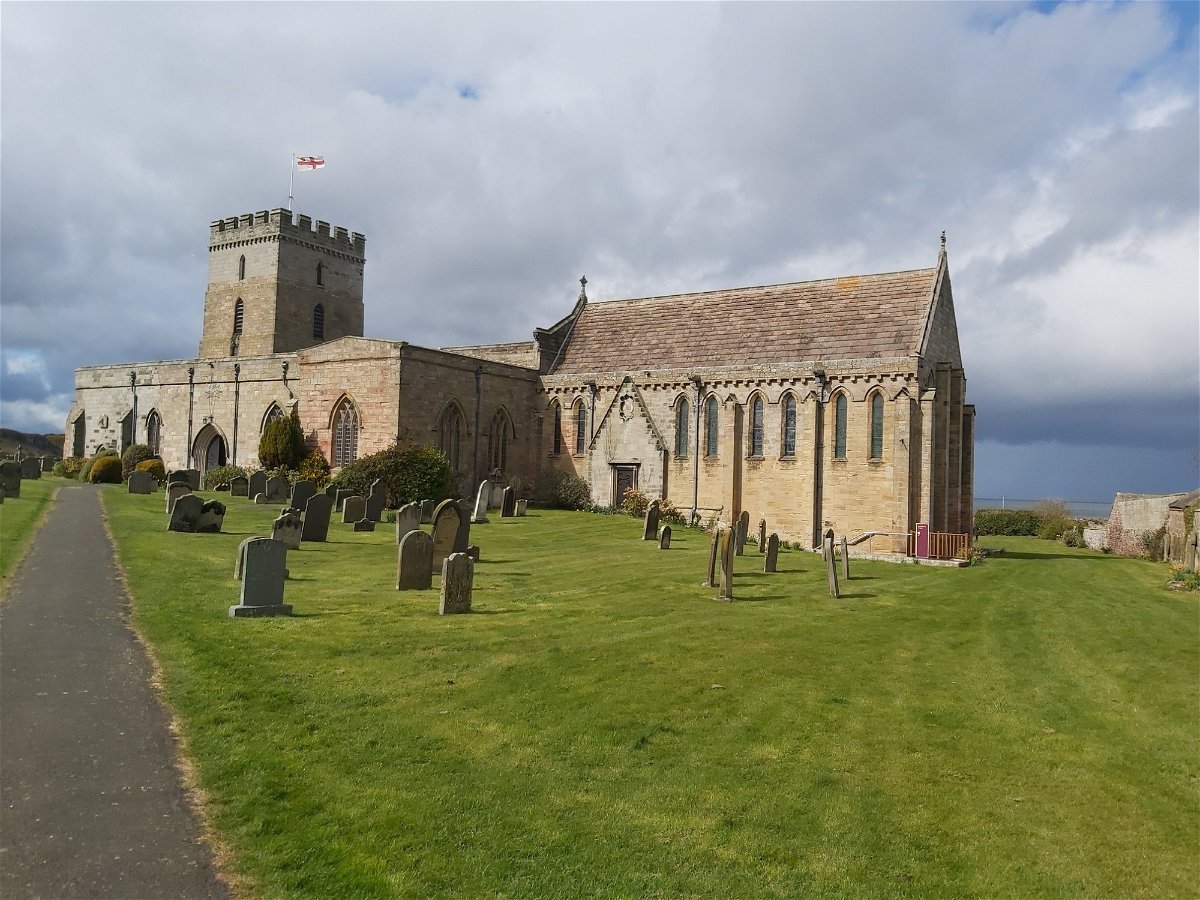 The beautiful canopied monument (pictured below) is not where Grace is actually buried.

She is buried 10 metres away in the family grave surrounded by a low level fence. 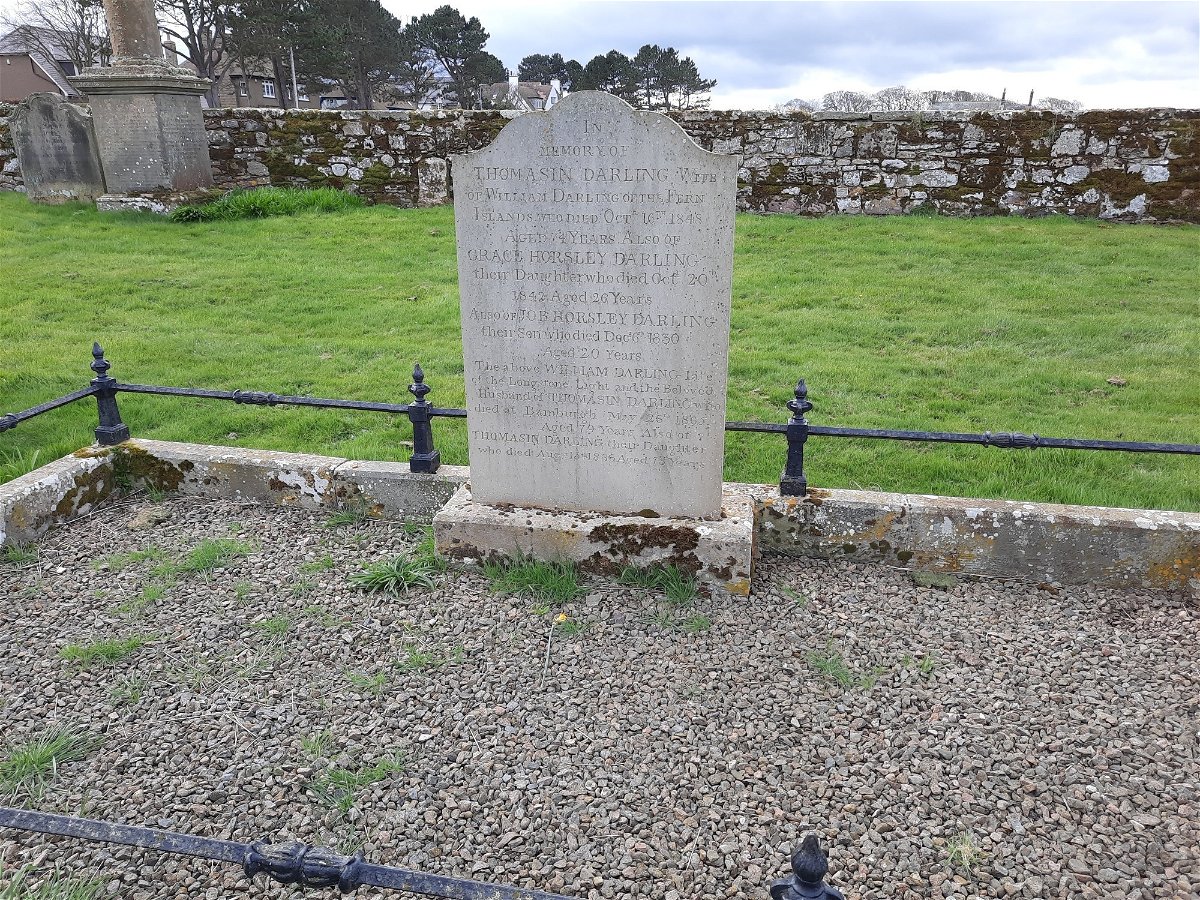 In addition the statue of Grace holding her oar on the monument is actually a replica. The original was eroding and so was placed inside the church, which you can also visit.

Just beside the church is the Grace Darling museum where you can relive her amazing story and it even houses the actual coble used in the daring rescue.

Get 2 points if you have visited this place. Already visited by 30 VIPs.

Where Is Grace Darling Monument

The church housing Grace Darling's monument is at the opposite end of the town to the castle. It's only a few minutes walk. 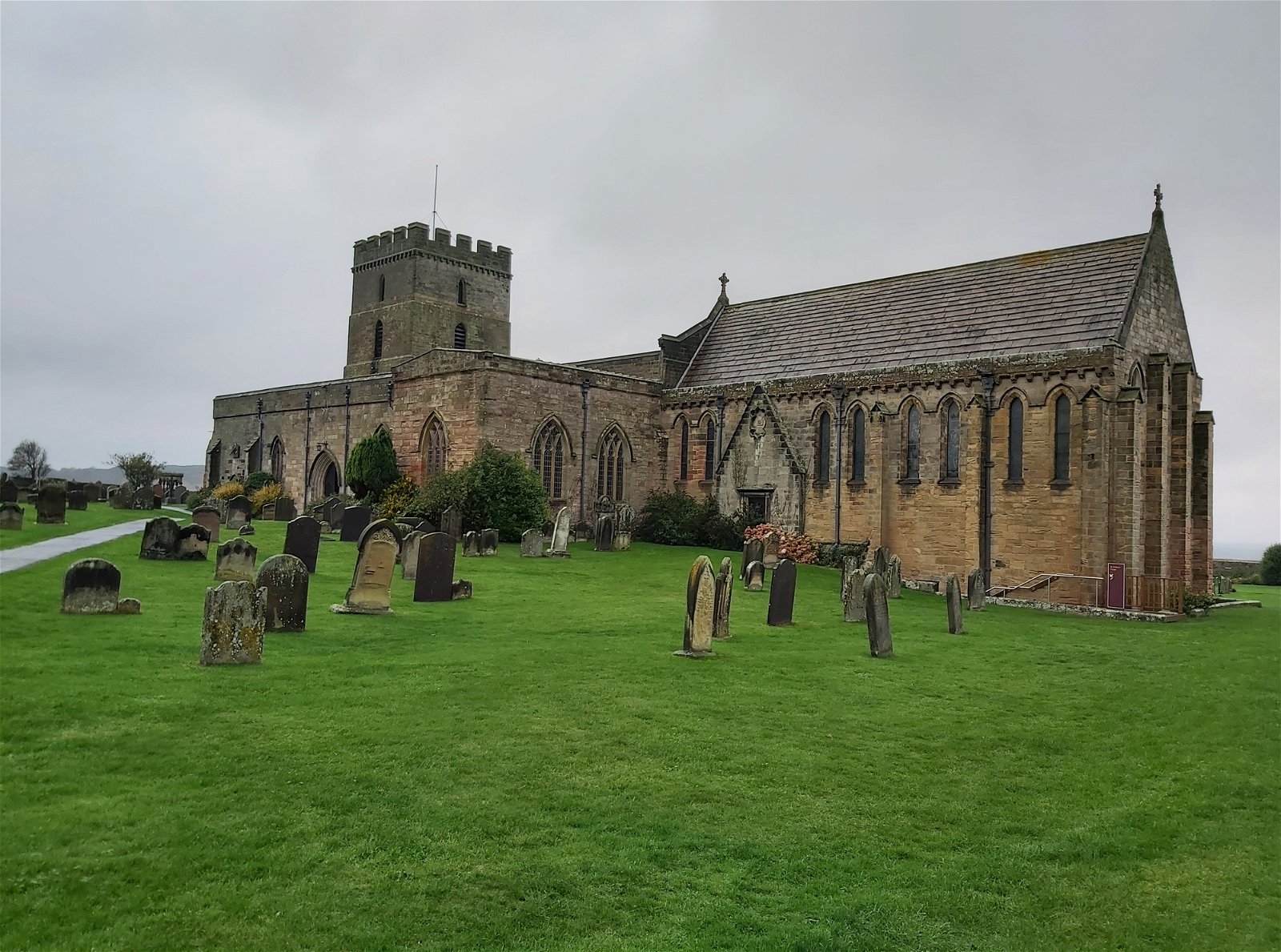 Statue to Jack English or Lang Jack, a famed resident of Whickham who stood 6 feet 4 inches and was renowned for his strength... and bad temper! A statue of Queen Victoria in St Nicholas' Square to commemorate 500 years of Shrievalty.

A life sized bronze sculpture in memory of Lord Armstrong on Barras Bridge outside the Hancock Museum.